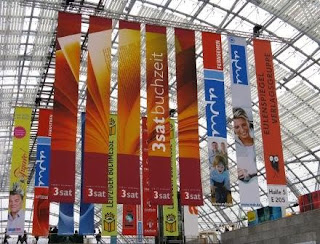 The annual Leipzig Book Fair is truly a people's book festival and in stark contrast to the Frankfurt Book Fair which is all about deals.
Ever since Johannes Gutenberg invented his book printing machine (I visited the museum two years ago in Mainz), Germany has been the centre of the publishing trade. 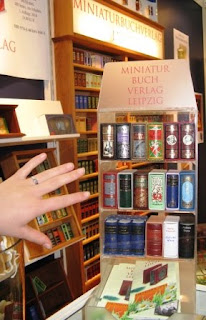 From 1632 to 1945 Leipzig was the biggest book fair in Germany and in Europe. However after the divide of Europe and Germany into East and West after the Second World War in 1945, the festival continued in East Germany. It was however was overtaken in importance by Frankfurt.
This get-together of the publishing and media sectors with writers, readers and publishers has an invigorating air about it. In the hustle bustle of some spring sunshine the famous mix with booksellers, readers, plebs and wannabe authors like myself. 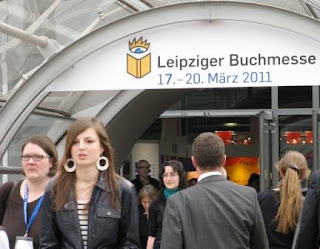 Nobel Prize Laureates Günter Grass and Hertha Müller were walking around being interviewed and talking to people, as was South African author Deon Meyer. 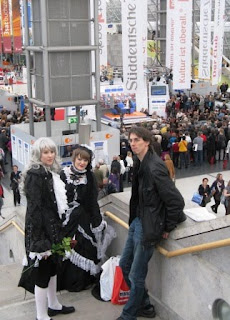 One hall is mainly for comics and cartoons and many young readers come dressed as their favourite manga figures.

Leipzig is Europe’s biggest Reader’s Festival with nearly 2,000 author events during the four days in 350 venues spread through the city. Over 2,000 publishers from about 35 countries display their books and authors here. 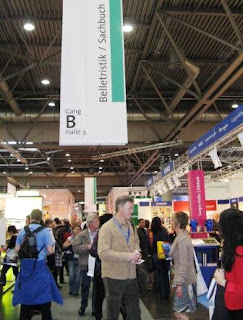 My book Basteln, Wandern and Putzen: From South Africa to Trier published in 2008 in Vito von Eichborn’s Edition BoD was again on display at my publisher’s stand in Hall 3. I was grateful for the welcome cup of coffee offered, while quickly catching up, taking a few pics and moving on.
. 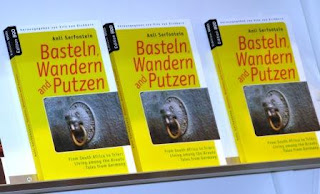 I concentrated mainly on two halls - Halls 3 and 4 - looking at trends, new publications, making new contacts and having interesting conversations. Unlike Frankfurt it is so much easier to talk to the publishing industry here. 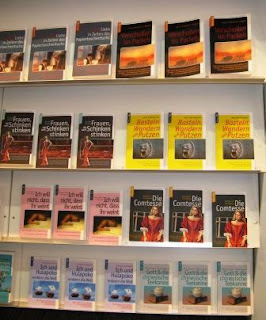 With my second manuscript now finished, it is time again to look for a publisher, while the translation rights of Basteln, Wandern and Putzen, are still being discussed. For someone as impatient as me, the cogs of this business moves very slowly. 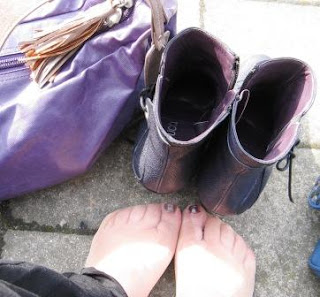 I enjoyed the Fair much more than in 2008 - it was less overwhelming. And next year I will make sure I spend more time there; one day is far too short. And as we nurtured our blistered feet, next year it will be flat tackies (sneakers). (Or a wheel chair) Smart and comfortable are mutually exclusive!

Anli Serfontein
South African journalist and author of "From Rock to Kraut" and "Basteln, Wandern and Putzen: From South Africa to Trier."